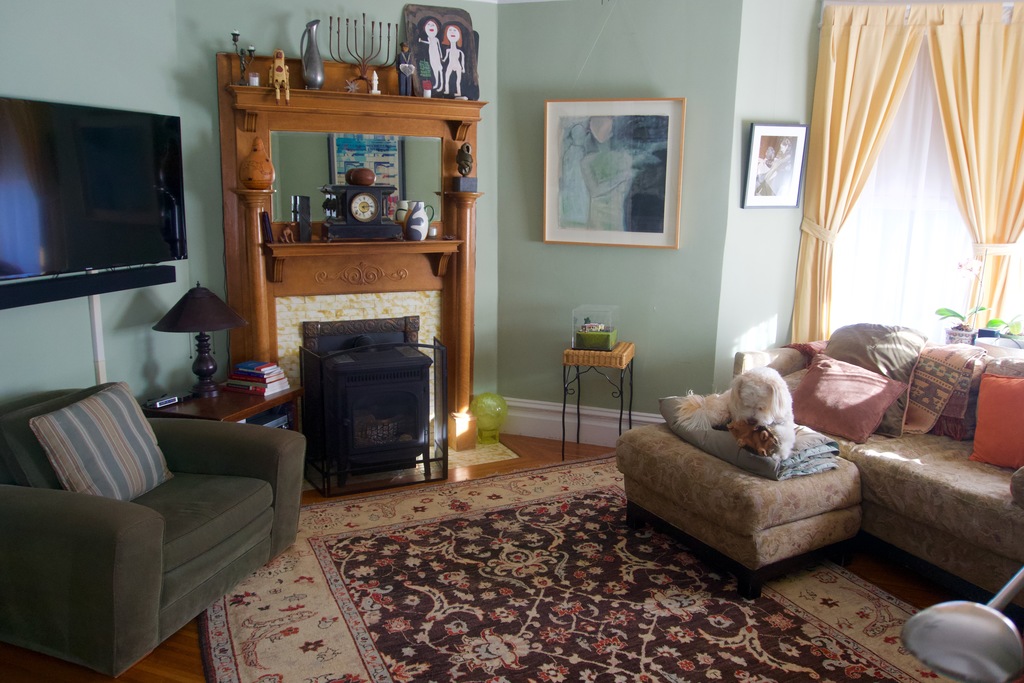 Our living room with gas fireplace

Beautiful Noe Valley District Edwardian flat in central San Francisco. We prefer to travel in fall, spring or winter not summer. We are hoping to find an exchange for next Fall, 2-4 wks, (Sept-Dec), for either the 2 of us or for us and another couple

1200 sq. foot flat with 2 bedrooms, living room, formal dinning room and a bath and a half. Modernized 113 year old building that still has most of the Edwardian details. Noe Valley is in central San Francisco, walking distance to both the Mission and Castro Districts. Plentiful public transportation including the BART Subway system which connects to most of the cities in the bay Area as well as both airports. Noe Valley is the S.F. neighborhood closest to the Silicon Valley freeway and is where Mark Zuckerberg has his S.F. residence.

Noe Valley is close to the center of San Francisco. It's a family neighborhood with a mix of multi-unit buildings and single family houses. It is the closest neighborhood to Silicon Valley and therefore has many people who work in high tech (including Mark Zuckerberg, who lives nearby). 24th Street and Church Street are the retail shopping streets in this neighborhood. There are numerous restaurants, bars, food stores and boutique shops. The public transportation thru Noe Valley is plentiful and close. The Mission District, which is the center of dinning out, clubs and small entertainment venues in San Francisco, is walking distance from our home. Over the hill going north is the Castro District, which is the long established gay neighborhood with many restaurants and bars plus the Castro Theater, which is an old fashioned art deco movie palace.

Wendy (born 1951) is a retired newspaper and magazine editor, Dan (born 1945) is a retired artist/illustrator. We are outgoing people who enjoy meeting new people and being in new situations. We like travel, but prefer having a home base where we can cook and do things at our own pace.

Wendy and Dan are active people who love to dance (salsa, zydeco & swing), listen to music, hike (both urban and country) and consider a good dinner at home with friends to be amongst the best that life has to offer.