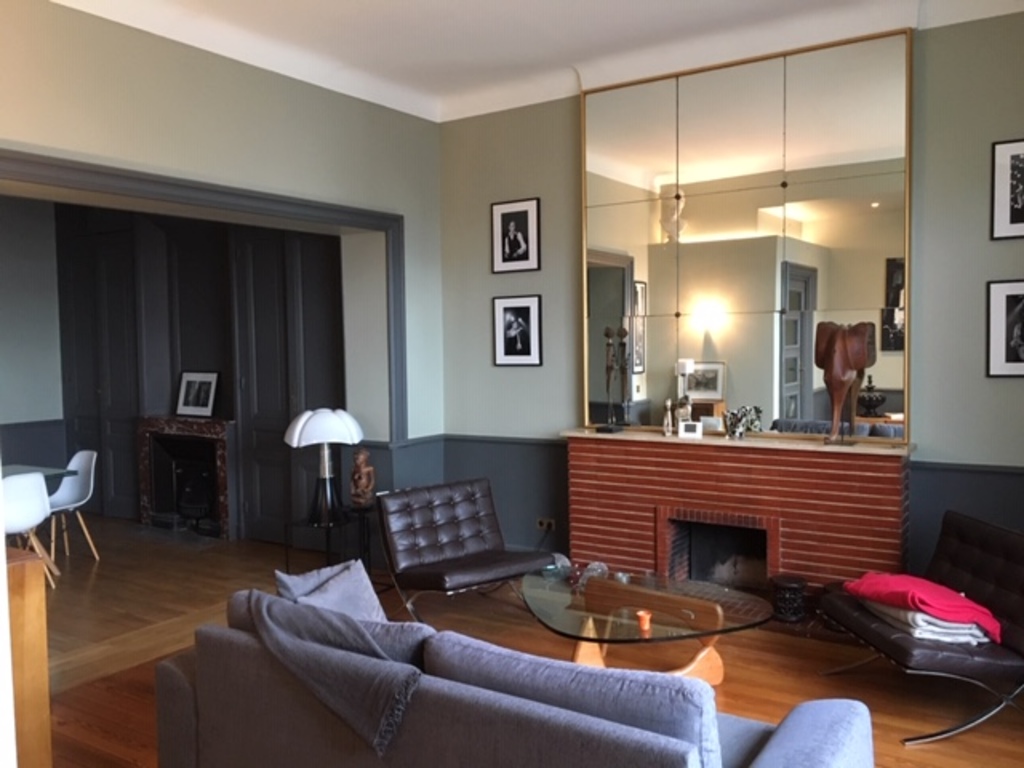 I, my wife and our three teenagers would be delighted to receving you in our house close to the center of Lyon. We love traveling and meeting people all over the world. We are open minded, curious and we enjoy arts, music, sailing, and we enjoy discovering new countries, different cultures and ways of living.

Our house is very comfortable, calm and cosy for everyone who wants to discover Lyon and its surrounding area.
It's a early XXth century 3 stages house with a large and ancient stair.
On the groundfloor, you have 4 rooms : a very large living room with a fireplace, a dining room leading to an open and modern kitchen. Next to the living room will be available next september a library open to the garden.
On the first floor, you have two large bedrooms, a large TV room in which you can have one more bed, one bathroom and a separate WC.
On the last floor, under the roof, you got 3-4 more bedrooms, a bathroom and another separate WC.

The House has a 250 square meter garden in which it is possible to park two cars.

The city of Caluire-et-Cuire is close to Lyon and its very connected by bus and metroline. Its very easy to get to all the best places of the destination by collective transportations. In the neighborhood of the house, you will find shops for commodities you will need during your stay.

Lyon is one of the most attractive and beautiful city in France, distinguished as one of the best city break destinations in Europe. And granted as the best city to be discovered by The New York times in the early 2019.

Lyon is famous for its ancient part with Roman archeological site (theatre, museum) and for its "Renaissance" district which belongs to the UNESCO world heritage list. Its landscape is unique thanks to the two rivers that cross the center of the city.
One of the most famous events is the early december "Fete des Lumieres" which is a lights festival: 4 days long, some animated and dreaming pictures broadcast on the main buildings of the city. Lyon is also famous for its tasty food, typical restaurants and is considered as the world cooking capital.

Lyon is also a very nice spot to visit other cities such as Annecy, Chamonix in the French Alps (less than two hours by car or train). it's also two hours far from north Provence by car. It's very easy to leave Lyon for riding, cycling, running, walking in the wyneyards of Beaujolais from spring to autumn.

I, my wife and our three teenagers (17, 15, 13 year old children) would be delighted to receving you in our house close to the center of Lyon. We love traveling and meeting people all over the world. We are open minded, curious and we enjoy arts, music, sailing, and we enjoy discovering new countries, different cultures and ways of living.
I and my wife, we both work : I as a marketing and sales manager in an environmental company and my wife in a health company.