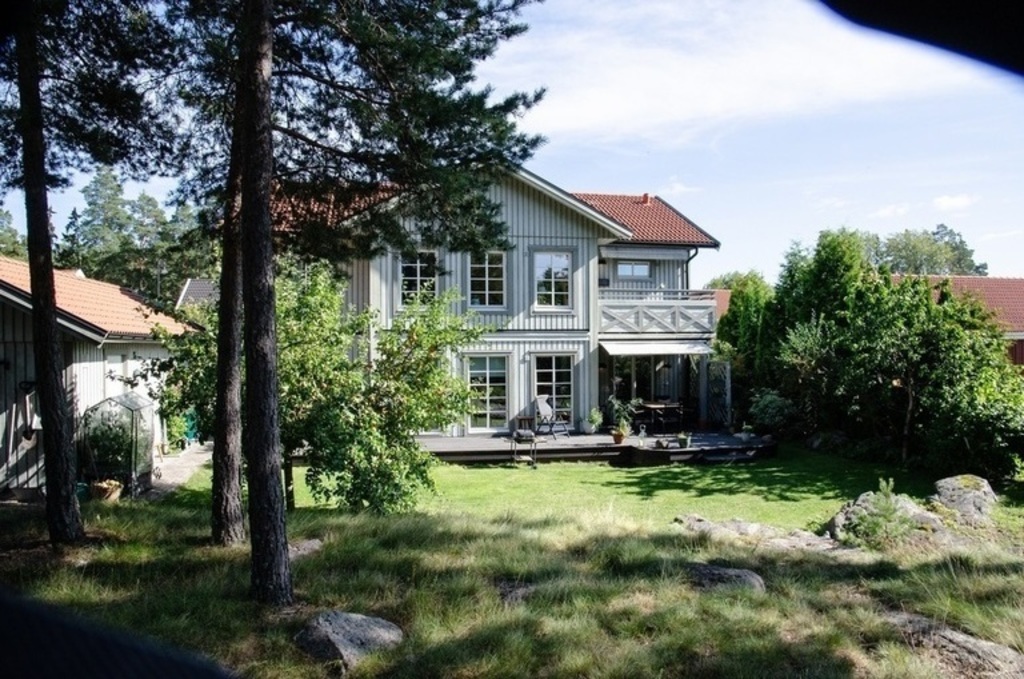 A house with 7 rooms in a residential area in Uppsala

Our house is situated around six kilometers west of the centre of Uppsala.The centre can be reached within 20-25 minutes (by bus) or 15 minutes by car. Uppsala is known for its University (oldest in Sweden), its cathedral and its long history, reaching into the Viking era (and beyond...) Uppsala is also close to Stockholm (40 minutes by train) and Arlanda Airport (ca 20 minutes by train)

We live in a nice and peaceful area around 6 km from the centre of Uppsala. Going by bus is easy, with departures every 10 or 15 minutes. The area where we live, called Herrhagen, is in outskirts of the city and thereby also close to forests and fields for nice walks. Here it is worth mentioning, that in Sweden there is a far-reaching public right to access nature: in principle, you can walk around anywhere you like, except for fenced areas and close to people's residences.

Uppsala is one of Swedens oldest cities. It has been, and still is, the prime religious centre, from the viking era to this day, where the archbishop of Sweden has Uppsala as his/her place of residence. The Cathedral, erected during the middle ages, is the largest in Sweden. A number of royal coronations and royal funerals have taken place in the cathedral. Partly as a conseqence of its status as centre for the church, Uppsala was the first place in Sweden where a University was founded, in 1477.

Today, Uppsala is the fourth largest city in Sweden, with over 200 000 people living here. The University is still one of the largest and most important in the country. The castle, where important historical events have taken place, is situated high upon a ridge, overlooking the city. (see photo, see also the photo of the Botanical garden, close to the castle).There are a number of beautiiful, old buildings, especially close to the Cathedral and the University, and also a lot of parks for adults and children. There are also good possibilites for sporting activities.

Also the older parts of the history can be accessed, in "Old Uppsala" a few kilometers north of the modern city. This was the central place for congregations and sacrificial rites before and during the Viking era, and with big burial mounds for a number of pre-historic kings, buried there during the 4th och 5th centuries. (see photo)

Finally, Uppsala is fairly close to Stockholm (around 70 kilometers) with all its various attractioins. There are trains to and fro every half hour during daytime. The trainride takes around 40 minutes.